The pandemic is changing society and everyone of us. One can no longer be sure about the validity of basic elements of human interaction in the overwrought, unpredictable and chaotic context to which we are reluctants witnesses, a time of seclusion and fear in which familiar aspects of everyday life have come to adopt indistinguishable and foreign forms. Social relations, earlier based on some variant of physicality and dependent on some measure of immediacy, on some form of “touching” or “watching”, are now forced to adapt to a “colder” and more anonymous mode of communication mediated by masks and screens. The realm of politics is no exception to this brutal awakening, but is in fact, and just as all other fields of human interplay, struggling to face the magnitude of the phenomenon. However, rather than run to meet the challenge and readjust to the shift, politics remains in stubborn stillness, in hidebound resistance to revise old rituals. The pandemic seems to have accelerated politics’ fall along the slippery slope of its previous defects. More populism, more ideology and more post-truth seem to be the order of the day, all of which ignite a general sense of confusion that only increases as rationality and security become prey to spastic appeals to beliefs and feelings. It is deeply troubling to see that whilst politicians and political parties speak louder, the streets and squares of our cities are nearly empty and silent. This strange reaction of politics before the post-modern plague we are now suffering, and the implications that it may have on our democracies, constitute a fruitful area for discussion, an area that Professor Mény, former president of the European University Institute and prestigious political scientist, will explore in his seminar at the Global Forum. In the framework of the Global Forum, newly established at the SOGOLAS, the Tallinn University School of Governance, Law, and Society, one can hopefully expect from now on fertile debates and fresh critical perspectives on the spirit of the times.

17:00-17:05 Opening words by Indrek Grauberg, the Director of School of Governance, Law and Society 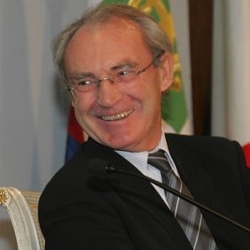 Yves Mény (Paris):Emeritus President of the European University (2002-09) and former President of the Sant’Anna School for Advanced Studies in Pisa and IUSS, Pavia. He was elected Chair of the ECPR Executive Committee in 2000. His academic career includes positions in Rennes, Paris II, SciencesPo and the European University Institute. He has taught in many American and European Universities and is an Honorary member of the Irish Academy. He has published extensively in the field of French and Comparative Politics, Public Policies and Administration. Later on, his publications have focused on corruption and populism. His latest publications deal with European integration issues, in particular, the democratic deficit question and the tension between EU economic/monetary policies and national welfare and democratic systems. In 2019, his book on « Imperfect democracies » was simultaneously published in Italy and France (Il Mulino and Presses de SciencesPo). 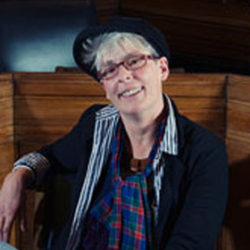 Michelle Everson (London): a Professor of Law at Birkbeck College, University of London. She has researched widely across European law, combining elements of public law (citizenship) with the themes of private law (the market) (see, eg, (2014): ‘A Citizenship in Movement’, 5:5 German Law Journal 965-984). She is also an acknowledged expert on EU regulatory structures and risk regulation (see, eg. (2008): with Ellen Vos, Uncertain Risks Regulated, Routledge-Cavendish). 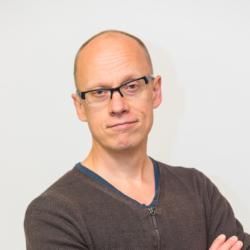 Ahto Lobjakas was Radio Free Europe/Radio Liberty’s Brussels correspondent between 2000-2010. He has also been a columnist for the daily Postimees and co-host of a radio talk show on current affairs (“Olukorrast riigis”).