Workshop “The Law in Quest of Its Promise”

On the 26th of October 2018 Tallinn University awarded a Honorary Doctoral degree to one of the leading contemporary philosophers of law, Professor Robert Alexy. Related to the ceremony SOGOLAS convened an international academic workshop “The Law in Quest of Its Promise. Discussing Professor Robert Alexy’s Legal Theory” on the 29th of October to discuss Alexy’s concept of law and fundamental rights.

The “weight” of Robert Alexy’s intellectual prestige and the worldwide influence of his theory of legal argumentation as well as his “weight-formula” led him to be quoted in many Constitutional Court rulings and to be considered as of one of the leading contemporary philosophers of law.

Alexy has influenced not only the theoretical debate but also affected the way in which today courts from different country and legal systems address legal cases and solve hard cases.

The purpose of the workshop is to discuss Alexy’s concept of law and fundamental rights, moving from his last developments and their impinging on the dual nature of law and the non-positivist standpoint, calling for a discussion among prominent legal scholars and legal philosophers, who would confront Alexy’s account of law from different perspectives.

10:30 – 11:00 Peter Koller – On the Connection between Law and Morality. Some Doubts about Robert Alexy’s View

11:00 – 11:30 Ralf Poscher – Resuscitation of a Phantom? On Robert Alexy’s Latest Attempt to Describe the Object of the Principles Theory

Robert Alexy (Kiel): a professor at the University of Kiel and in 2002 he was appointed to the Academy of Sciences and Humanities at the University of Göttingen. In 2010 he was awarded the Order of Merit of the Federal Republic of Germany. He is a jurist and a legal philosopher. Alexy studied law and philosophy at the University of Göttingen. He received his PhD in 1976 with the dissertation A Theory of Legal Argumentation, and he achieved his Habilitation in 1984 with a Theory of Constitutional Rights. Alexy’s definition of law looks like a mix of Kelsen’s normativism (which was an influential version of legal positivism) and Radbruch’s legal naturalism (Alexy, 2002), but Alexy’s theory of argumentation (Alexy, 1983) puts him very close to legal interpretivism.

He has been a guest at Tallinn University before. Take a look at his presentation “A Non-Positivistic Concept of Constitutional Rights” from the conference “Human Rights and the Controversy about the Nature of Law”.

Brian Bix (Minnesota):  Frederick W. Thomas Professor of Law and Philosophy at the University of Minnesota. Professor Bix taught at Quinnipiac University School of Law, as Associate Professor (1995-1997) and Professor (1998-2001). He was a Visiting Professor of Law at Georgetown University Law Center during the spring semester of 2000 and at George Washington University Law School in the fall of 1999. Professor Bix was the Lecturer in Jurisprudence and Legal Reasoning at King’s College, University of London, from 1991 to 1993; he taught at St. Edmund Hall, Oxford University, from 1989 to 1990. He was a law clerk for Justice Benjamin Kaplan at the Massachusetts Appeals Court (1993-95, while on leave from the King’s College), and he also clerked for Judge Stephen Reinhardt, Ninth Circuit Court of Appeals (1987-1988), and Justice Alan Handler, New Jersey Supreme Court (1986-1987). He is a member of the American Law Institute. 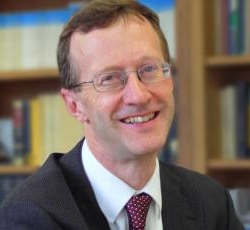 Timothy Endicott (Oxford): Professor of Legal Philosophy at the University of Oxford. Timothy Endicott has been Professor of Legal Philosophy since 2006, and a Fellow in Law at Balliol College since 1999. Professor Endicott writes on Jurisprudence and Constitutional and Administrative Law, with special interests in law and language and interpretation. He served as the Dean of the Faculty of Law for two terms, from October 2007 to September 2015. He is the author of Vagueness in Law (OUP 2000), and Administrative Law, 3rd ed (OUP 2015).

Peter Koller (Graz): Professor of Legal Philosophy and Sociology of Law at the University of Graz. Peter Koller is Professor emeritus at the University of Graz where he taught jurisprudence, social philosophy, legal theory and sociology of law, until his retirement in 2015. His main research interests are in the areas of political philosophy, legal theory, ethics and sociology of law. His publications on these areas include the books: Neue Theorien des Sozialkontrakts, Berlin 1987; Theorie des Rechts. Eine Einführung, Wien 1992, 2nd ed. 1997; Gerechtigkeit
im politischen Diskurs der Gegenwart (ed.), Wien 2001; Die globale Frage. Empirische Befunde und ethische Herausforderungen (ed.), Wien 2005. His many articles include a number of English papers, e.g. the following: „The Concept of Law and its Conception“, Ratio Juris 19, 2006; „Law, Morality and Virtue“, in R. Walker/P.J. Ivanhoe (eds),Working Virtue, Oxford 2007; „Work and Justice“, Analyse &amp; Kritik 31, 2009; „International Law and
Global Justice“, in L.H. Meyer (ed.) Legitimacy, Justice and Public International Law, Cambridge 2009; „On the Legitimacy of Political Communities“, in M. Baurmann/B. Lahno (eds), Perspectives in Moral Science, Frankfurt 2009; „On the Interrelation between Domestic and Global (In)Justice“, Critical Review of International Social and Political Philosophy 13, 2010; „Economic Distributive Justice“, in S. Puntscher-Riekmann/A. Somek/D. Wydra (eds), Is there a European Common Good?, Baden-Baden 2013; „On the Nature of Norms“, Ratio Juris 27, 2014.

Ralf Poscher (Freiburg): Professor, Faculty of Law Albert-Ludwigs-Unversity Freiburg, Institute for Political Science & Philosophie of Law (Germany). His research focuses on constitutional law, national security law and legal theory. He received his Ph.D. in law and his habilitation in public law and legal philosophy at the Humboldt-University Berlin. After holding a chair for public law, legal sociology and philosophy of law at the Ruhr University Bochum he joined the Law Faculty in Freiburg. For the academic year of 2007-2008 he was a member of the School of Social Sciences at the Institute of Advanced Study in Princeton. 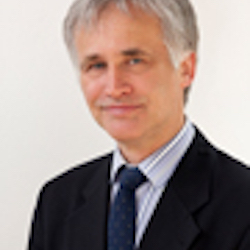 Mart Susi (Tallinn): Mart Susi has MA degree in Sociology from University of Wisconsin-Madison (USA) and doctor iuris degree from University of Tartu (Estonia). He has held senior positions in several academic institutions. Currently he is heading the law program at Tallinn University and has the position of Professor of Human Rights Law. Mart Susi has initiated and is leading several research and development projects funded by the European Commission and the Nordic Council of Ministers. He has edited and is currently editing several research books on the topics of new human rights, the digital dimension of human rights and the controversy around the meaning of human rights. He is developing the Internet Balancing Formula and has lectured on the topic at various universities in Europe and South America. He is also involved as an expert for the European Commission and non-governmental organisations.